Eurosport is to undergo its biggest rebrand in over 20 years, as part of plans to create a more emotional connection with sports fans.

The broadcaster, majority-owned by Discovery since May 2014, and wholly-owned since last year, will reveal a new logo and visual identity, as well as a pledge to “fuel the passion” of sports fans across international markets.

A star from the European flag forms the letter ‘E’ in the new logo, in a nod to the use of the 12 stars in Eurosport’s logo since the channel first launched in 1989.

On-screen idents will attempt to drive a more “modern” and “emotional” brand, while a TV, print, digital and social marketing campaign will focus on the bond that links elite athletes and fans.

Speaking to M&M Global, Eurosport’s newly-appointed vice president of marketing Antonio Ruiz – technically Ruiz does not begin in his new role until 1 January – says the rebrand is the culmination of a longer journey to “reignite the brand and product”.

“The brand is very respected and well-known, especially in Europe, but it was built from very rational facts. We wanted to move into something a bit more emotional, and to make a connection with the fans,” says Ruiz.

“Fans identify with athletes so much that they live it. We wanted to be a key part of that community, and to feed that passion.”

Rather than tweak the brand, Ruiz, currently marketing and communications director for Discovery in Southern Europe, says he wanted to pursue a more comprehensive brand “revolution”.

He adds: “The logo hasn’t changed much in the past 25 years, especially since 1994. We wanted to build it from the heritage of Eurosport, so we took one of the stars from the logo to keep that essence. The idea was to build something modern, elegant. It’s a brand made for the 21st century.”

“It’s not rational. It’s a language we’ve never used, but I think it will bring us closer to fans.”

At the heart of Eurosport’s new marketing strategy is a desire to bring athletes and sports fans closer together through the use of storytelling, something which parent group Discovery excels at, argues Ruiz.

The broadcaster identified a unifying statement for its brand plans – ‘You can only understand my madness if you share my passion’ – with replacement words such as ‘sacrifice’ and ‘devotion’ used in markets where ‘madness’ may not translate well.

“Athletes and fans are one. At the end of the day, they feel it and they live it in the same way, and they need one another. We take a passion and fulfil it with experiences,” says Ruiz.

“When a fan watches sport, they feel it – they may cry, they may behave in a way that normal people would think they are crazy. It’s not rational. It’s a language we’ve never used, but I think it will bring us closer to fans.”

Ads will carry the tagline ‘Fuel Your Passion’, while viewers will be encouraged to engage through a new social media platform and the hashtag ‘#sharemypassion’.

The brand platform was developed by creative agency Sid Lee; the new logo type and brand style guide was devised by design consultancy Pentagram; while Dixonbaxi was behind the change of identity and off-air advertising.

The fresh approach is not limited to brand and marketing, either.

In the 18 months since becoming majority owner, Discovery has beefed up Eurosport with a more aggressive content rights acquisition strategy. This culminated in July’s headline-grabbing news in July that Eurosport had bought the pan-European TV and digital rights for the Olympic Games from 2018 to 2014.

There have been other notable gains, such as German, Italian and Dutch domestic league soccer, the UEFA Champions League – which it broadcasts in Singapore – and Formula One, which Eurosport will show in Portugal.

Rather than show the same content in each market, Eurosport will instead operate a three-tier rights model to ensure the greatest possible “relevance” for local audiences.

Pan-regional deals include the Australian Open tennis tournament, which Eurosport screens across 50 European markets, and Major League Soccer, which it shows everywhere except the UK.

The next tier down, ‘multi-market’ deals, include the Bundesliga, for which Eurosport boasts the rights in 22 territories. And it now hopes to boost its offering with local deals, with recent acquisitions including Serie A in the Netherlands and Wimbledon in Belgium.

“Since last year, Discovery has acquired 8,000 hours of sports, of which 4,000 hours are live. But it’s not just about quantity, it has to do with the quality as well. We are trying to be relevant to the local markets, with ad hoc offers than have impact in those territories,” says Ruiz. 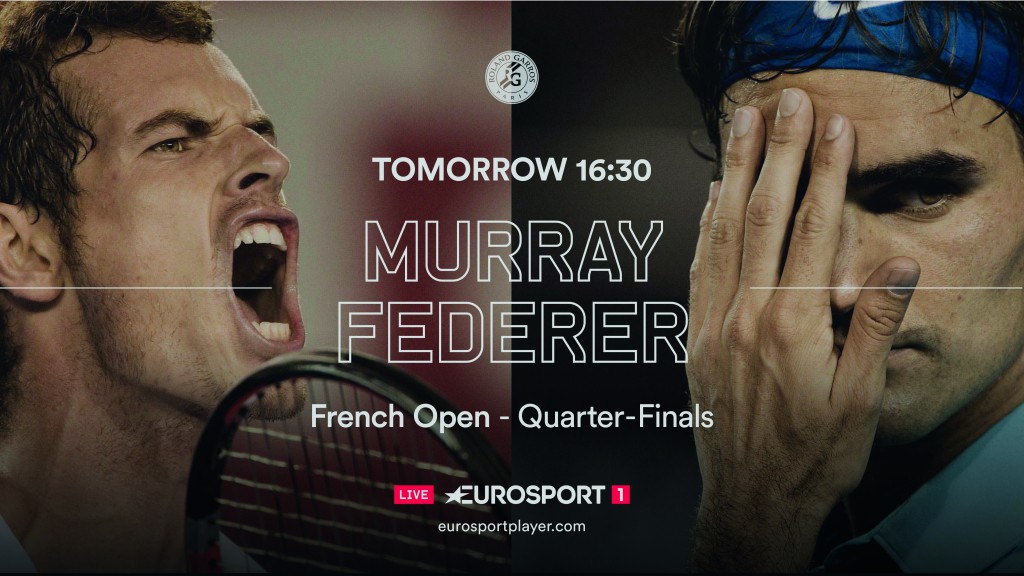 Under its new management team, Eurosport hopes to emulate Discovery’s penchant for storytelling, building a greater sense of narrative around sporting events, rather than simply broadcasting them in a generic, pan-European manner.

“At the end of the day, Discovery is the number one factual company in storytelling, and we wanted to introduce that into sport as well,” he says.

“We are starting to create stories with these heroes and their experiences. It will be very different from what has been delivered so far, and more local – local settings, local commentators, and also local heroes. In sport, national pride is something that makes a difference, and we want to offer that for each of the countries.”

Citing ‘The Coach’, a tennis-themed show hosted by Serena Williams’ coach Patrick Mouratoglou, Ruiz said Eurosport aims to boost the level of innovation across its output, as well as through its OTT proposition Eurosport Player and 360HD multi-feed service.

“We want to be the reference for the community. We want to them to look to us to deliver experiences. Not just hard-core sports fans, but all sports fans. You may think sports fans are something niche,” he says.

“I remember when Spain won the FIFA World Cup [in 2010] – literally 40 million people went out on the street to celebrate. That’s the kind of madness we are embracing.”