Grey. The art of being effective at the business of effectiveness | M&M Global
Blogs
22nd October 2015 by M&M Global Contributor 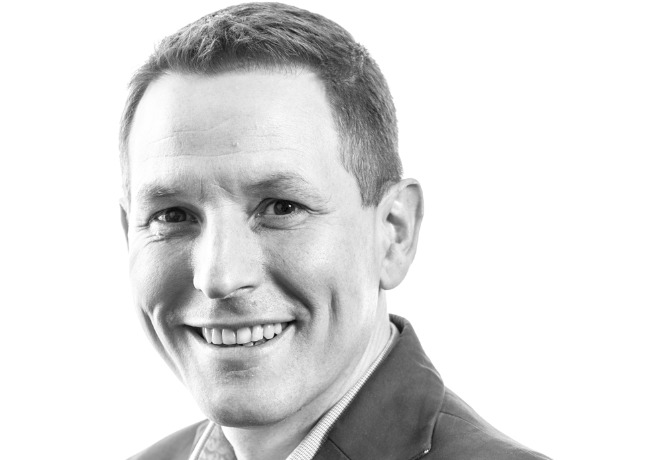 This week saw the return of the European Association of Communication Agencies’ European Effectiveness Awards, the annual gold standard of marketing effectiveness in Europe. The results are always a strong bellwether of brands and agencies who champion powerful insights, strategic rigour and a celebration of strong outcomes across European markets.

The masterful Dominic Lyle, the EACA’s Director General, skilfully supported by David Patton, current EACA President, confirmed speculation that 2015 was a record-breaker for entries with the final round alone seeing 38 entrants from 23 agencies spread across 9 countries.

The UK led the Finalists with fourteen, followed by Germany and France with nine and four campaigns respectively. The remaining Finalists came from Denmark, Italy, Slovenia, Spain, Sweden and Switzerland and ensured a strong pan-European flavour to the evening.

By the end of the night 20 EFFIE winners had been announced, with the Grand Prix going to DDB Berlin for Deutsche Telekom’s ‘Travel and Surf’ campaign, and, Grey Europe reclaiming their position as Agency of the Year as a result of unrivalled success from Grey London, Grey Dusseldorf and Uncle Grey across Europe for Gillette, Lenor and Deichman to name just a few.

In the lead up to the Gala Awards Evening, I had the privilege of taking part in the judging for the fourth year running. The final round panel typically includes seriously talented leaders from both marketer and agency sides of the business, with this year being no exception. Robust debate and strong opinion riveted judging conversation, and with it came a number of striking insights. My top five, in no particular order:

The bigger your objective. The better your prize.

Despite DBB’s Grand Prix win the story of the Awards evening was Grey, an agency that coverts effectiveness so much that it proudly makes the claim that it has been ‘famously effective since 1917’.

However, 2014 saw Grey lose this position to Thjnk leaving question marks from many as to whether it had stepped away from its traditional heartland and what the future might hold.

On the night Grey, quite literally, tore up the record book with wins for United Biscuits, Lenor, Gillette, Febreeze, Fairy Liquid, Bolia.com and Deichmann Shoes, rewriting what an effective agency network looks like. It landed a remarkable 50.9% of total points, well over twice the combined scores of the second and third placed agencies, and proof-pointed the adage that the sum of the parts is always greater than the whole.

While many focused on winning Gold in just one category, Grey had plotted the most effective course to winning the biggest prize of all, Agency Network of the Year, and its show of strength was a case study in always setting your sights higher.

Invest in winning, and know what it takes to win.

The key to winning a Euro EFFIE is no secret; prove your campaign ran in more than one European country and demonstrate quantifiable success in these countries.

Despite this, many potentially-excellent entries were hampered by either a lack of a clear causal link between the stated objectives and the outcomes, or, the inclusion of a second country as a make-weight with no evidence of results.

In my opinion, winners such as TMW Unlimited for Durex’s ‘Turn on to turn off’ or Zenith Optimedia for Toyota Aygo’s ‘Go fun yourself’ showed that the time, energy and data that they invested in proving their worth was time well spent.

The gap between commercial and social success is narrowing.

Previous years have seen fierce debate from jurors on the use of social media success to quantify commercial objectives.

To my mind, it’s pointless to substitute one for the other unless the campaign in question sets out with a stated goal to deliver online social-success.

This year saw significantly greater use of digital results, but, more than that, it saw significantly better crafted campaign objectives that began to liberate and validate the use of these results, for example the great work from Ogilvy & Mather for Prince’s biscuits or Uncle Grey’s campaign for Bolia.com.

Full integration of these objectives and results has yet to happen, but the developments of 2015 are exciting and the stage is now set for brands and agencies to pull ahead of their competitors by cracking this code.

It’s often said that the most creative campaigns are the most effective, and this year there continued to be strong evidence of this, most especially from DDB Berlin’s ‘Travel & Surf’ campaign for Deutsche Telekom and JWT London’s ‘Coffee vs Gangs’ campaign for Kenco.

However, what was surprising was seeing how few of this year’s big winners from Cannes had entered. Cannes rightfully dominates the creative awards season but moving ahead I believe it would benefit both Brands and Agencies alike to apply the rigour of the EFFIE lens to more of Europe’s most creative campaigns.

It’s time for the new guard to show their hand.

Congratulations to all of the winners and finalists in 2015. I felt proud of every decision made by the judging panel, but, just as the EFFIEs have pivoted to incorporate social media and digital results, the time is now right to proactively reach out and encourage the likes of Airbnb, Uber, Hive, Zip, Amazon and a new guard of brands to step forward and compete with the communication strategies and campaigns of P&G, Unilever, Mondelez, Reckitt Benckiser and more.

This new guard of brands have built their business models by effectively proving their worth to their customers every day, tapping into their unmet needs and realising new value-streams. They are helping to reshape the definition of effectiveness and I for one would be excited to see what they can bring to the EFFIEs in the coming years.

Looking ahead, 2016 will see a special panel convene to mark the twentieth anniversary of the EACA European EFFIES, comprising former EACA presidents to review every Gold winner since 1996 and single out one campaign as the ultimate benchmark for effectiveness.

To my mind this is the perfect example of best practise in action. It is also a true mark of respect for the effort, determination and will to win of those European marketers and agency partners who have contributed to creating our gold-standard effectiveness awards.

I have my personal favourite; let’s hope the Presidents’ Panel agrees.