Havas Media UK’s Paul Frampton: ‘There’s a danger that we kill the golden goose of content marketing before its even flying’ | M&M Global
Europe News
29th October 2015 by Anna Dobbie 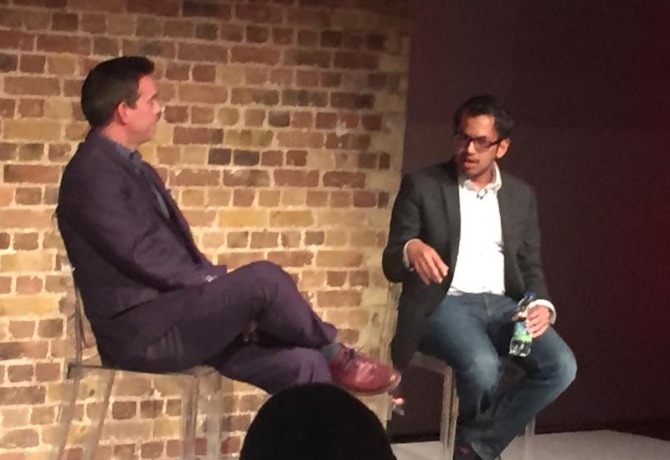 He went on to discuss how the social space – search, SEO and social – started as media channels before people considered how to create content for those channels.

According to Frampton, Havas looks at two extra metrics to other media agencies: personal wellbeing and collective wellbeing. He said it is “scary” that a recent survey showed that most people in the UK wouldn’t care if 74% of brands disappeared, while only three in ten brands were seen to improve people’s lives.

Frampton referred to the world now as “mobile first” as most news, social interaction and searches are conducted on mobile.

“It’s a game of snakes and ladders with today’s brands,” he said, talking about the small micro moments of attention. “Unless you get a consistent omni channel brand right, you can be up one moment and down the next.”

“As a media agency, it’s probably quite an unusual thing for me to say, but I think paid comes last,” he added, going on to discuss how digital advertising allows brands to create a variety of ads for the fraction of the cost of TV.

“There’s a lot of talk, a lot of storytelling,” Frampton said, “I’m not sure there’s quite as much storyliving in real life.”

Looking at brands who had recently created good relevant content, he cited Weetabix’s recent ‘love letter’ to Cravendale, while he felt some brands had misused Back to the Future day.

“You can’t enter into a conversation unless there is some contextual relevance,” he said. “There was a bunch of brands just polluting the atmosphere with really average content.”

“Just because you can do something doesn’t mean you should. There’s a danger that we kill the golden goose of content marketing and social before it’s even flying.”

With regards to ad blocking, Frampton felt the solution lay in the native world. “Let’s think about it, ad blockers work in a paid world.

“If you think about the native, organic world, if you dial them up and do it right, you’re never going to get your ad blocked because it’s not an ad – you will avoid ad blocking in the first place.

“It’s a big opportunity for everyone in this room who work in the content marketing space.”