JCDecaux’s focus is on dynamic automation, not programmatic, according to the outdoor media owner’s UK co-chief executive officer, Spencer Berwin. 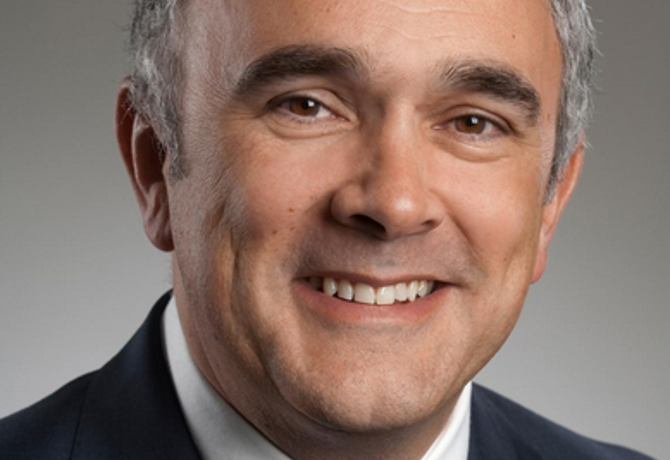 It has certainly been a busy start to the year in the UK for Paris-based outdoor media company JCDecaux.

Fresh from winning the ‘street furniture’ business to handle Transport for London’s bus shelter media – the largest such contract in the world – JCDecaux has been installing 1,000 digital screens around the UK capital.

By the time newly-promoted UK co-CEO Spencer Berwin takes to the stage to speak at the Festival of Media Global 2016 in Rome, the company will have digitised the 25 bus shelters on London’s Oxford Street shopping destination, creating a global showcase for its new technology.

Even in missing out on TfL’s London Underground business to Exterion – whose director of commercial strategy Suzy Jordan will be joining Berwin on-stage in Rome – he predicts 2016 will be a “reasonably successful” year for the company, with connected and dynamic screens proving “transformational”.

“Google is one of our largest clients. Whether you are digital or traditional, we are the media owners’ medium”

By the turn of the year into 2017, Berwin says, JCDecaux is likely to have hit the “tipping point” where over 50% of its revenues come from DOOH sales.

“The appetite for DOOH is really strong,” he says. “Are we leading it? Absolutely. But we’re not doing it on a whim. We know that advertisers really want it.

“But it isn’t to say that ‘classic’ OOH is any less attractive to advertisers. In fact, far from it. Many of the UK’s largest advertisers love running classic OOH campaigns – including Sky, Google, Facebook, Apple and so on.”

As well as citing major digital and experiential outdoor work with clients including UK supermarket chain Tesco and Universal Pictures – it took over London’s Waterloo Station for an inventive Jurassic World promo campaign – Berwin adds that OOH’s popularity with other media owners is the ultimate proof of its effectiveness.

The move to DOOH is a two-pronged challenge for firms like JCDecaux. As well as needing to install the physical infrastructure in the form of digital signage, it must also offer advertisers the back-end systems to run campaigns more effectively and in real-time, argues Berwin.

“From JCDecaux’s perspective, it’s not just a question of having the best technology in OOH. It’s also about making sure we have the best tools, systems and platforms in order to ensure client’s campaigns run as efficiently and effectively as possible; helping advertisers be as dynamic as they can. Our investments are in physical assets, systems and data,” he says.

However, Berwin is very reluctant to say that outdoor media is on a journey towards a programmatic panacea, given the non-personalised nature of OOH messaging. Instead, he says JCDecaux will be emphasising the benefits of automation to clients looking for more dynamic and real-time digital campaigns – as well as communicating its use of data and measurement to improve effectiveness.

“Personally, I think the word ‘programmatic’ is used far too often in OOH. Our medium is a broadcast channel; we’re not one-to-one, we’re one-to-many,” he says.

“Our view is that it isn’t just about being programmatic so much as being dynamically automated, making the process from booking through to physical delivery to reporting as smooth and transparent as possible. We are putting data at the heart of our offer making client campaigns more efficient and effective.

“In years gone by, that was based on people’s knowledge, gut feel and experience, whereas now the evidence is available is many different formats. We want to make sure every pound spent by our clients is a super-effective pound invested,” he adds.

Click here for more information about the speaker line-up at Festival of Media Global 2016, and how you can attend.