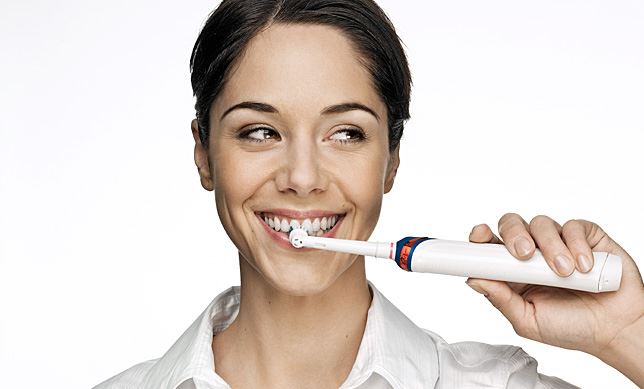 The app gives real-time feedback to connected toothbrushes using the Oral-B SmartSeries about brushing habits, and rewards those who are consistently healthy.

Rewards will be triggered based on the users’ habits, as well as their location and time; for example, brushing on a boat or in three different continents.

“We’re confident that this will not only increase their connected toothbrush and in-app engagement — but instil every day, healthy brushing habits for Oral-B’s consumers.”

The partnership was formally announced on the third day of Mobile World Congress 2016 (MWC) in Barcelona, when Wong took to the stage, launching the app which is now available to download on iOS or Android.

Users can expect rewards carefully selected to match their lifestyles, such as dining credit and free music, as well as Oral-B branded merchandise.

“Real-time feedback offered by the Oral-B App has significantly improved brushing behaviour in our users,“ said P&G global marketing director Stephen Squire. “Our partnership with Kiip is an exciting next step on our journey to revolutionize oral health standards.

Speaking on Monday (22 February) at MWC, Squire said it had been challenging to gain approval for such initiatives, but insisted it was worth the effort.

“We want to address unmet consumer needs. You have to try things. Sometimes you fail, sometimes you succeed, but many of these programmes are simple to execute,” said Squire.