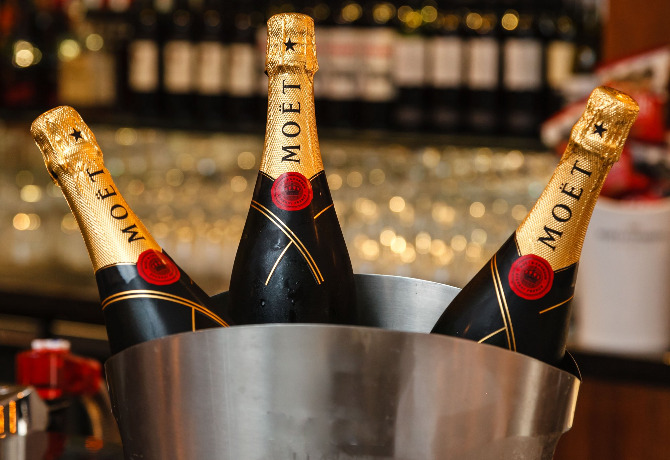 The winners were treated to a champagne breakfast, provided by sponsor NBCUniversal, along with a selection of tasty treats.

Nigel Robinson, managing partner and global lead on Shell at MediaCom, told M&M Global: “Everyone is absolutely thrilled and delighted, particularly to win Agency of the Year, but also for our client to win International Advertiser of the Year was a special touch.

“It is really important for the morale of the team. It gets people really motivated when they get that recognition, and people in agencies want to work on clients that are doing great work.

“As far as I am concerned, the M&M Global Awards are the big ones to win”

“As far as I am concerned, the M&M Global Awards are the big ones to win in this part of the world. That is why we put effort and focus into the submissions, because they are right up there among those trophies you want to get your hands on.”

MediaCom’s managing partner and regional director for Dell EMEA, Darren Barber, added: “I run a team across EMEA so my award [B2B Campaign of the Year] has gone to Germany – the London team worked on the strategy, while those in Germany deserve applause for the execution of the campaign. It helps to bring an international team closer together, by having that recognition.”

For Vardy, involvement in the M&M Global Awards has helped to amplify the message that NBCUniversal now has a full international offering. “For us, this is all about announcing to the international media and marketing community that we are open for business,” said Vardy.

“That might sound a bit unusual coming from a company of this size and scale, with such a history, but we are relatively new to the market in offering multi-territory solutions to clients.

“The experience sponsoring the M&M Global Awards has been great. The feedback from those who attended the event has been that our activations on the ground really added to the experience, making it seem more glamorous and fun. It was a good contribution.”