Danish agency Blackwood Seven has caused a stir with its disruptive media offering, serving up an automated alternative to the role traditionally taken by planners. Anna Dobbie spoke to co-founder and CEO Carl Erik Kjærsgaard about whether its AI signals the rise of the robots. 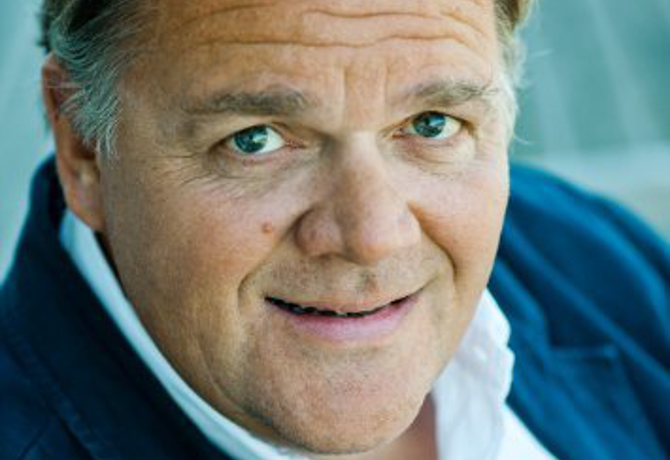 Rather than opting for the usual agency descriptors, Kjærsgaard describes his company as a ‘software as a service’ (SaaS) platform, with clients logging in to use the product for media planning and buying.

“We are not getting any money from how much they spend, or any kinds of fees or rebates or anything. We just take a software service fee every month, then we can say [that] we are totally transparent,” he says.

Blackwood Seven also differentiates itself by building artificial intelligence (AI) into the media planning. “If you’re going to spend €1m in Germany or $1m in the US for any kind of clients, you have to make around five thousand decisions,” he comments. “To be honest, no human brain can do that anyway, it’s just not possible.”

“Is anything wrong with the model? No, but no one has changed anything, so you could say that they maybe fell a little bit asleep.”

In seconds, a proposal comes out based on a mathematically optimised media plan between all media groups, including digital, TV, OOH, radio and print. The client can adjust the details on the platform, push a button and execute the media plan to cover on and offline media.

Kjærsgaard compares the platform to a travel or transport agency, allowing advertisers a real-time resource. “The AI gives a recommendation and then you, through the platform, execute your media plan,” he says.

“Since we are online with our clients’ sales data, and they typically update our platform once a week on a daily sales resource, our clients can see every week the exact result of how much was sold from media investments.

“It has not been done before by anyone so that’s the way we’re differentiating ourselves with our platform, we’re using AI to give the right media plan and predict the sales and then we have a SaaS business model.”

Kjærsgaard uses the terms AI and algorithm fairly interchangeably, acknowledging that AI is the hotter buzzword in the industry right now, but claiming the concept goes all the way back to New York State’s Dartmouth University in the 1950s – and has been growing in use since first being adopted by autopilot systems on aeroplanes.

When asked if his platform will make human media planners redundant, Kjærsgaard is hesitant, answering, “Yes and no.”

“Some types of clients need a little help, so, coming back to your question, ‘will media planners become redundant?’, they will not, no, but a lot of people in the media agency industry who are sitting and writing in Excel sheets the media plans and details forth and back and forth and back -they will have to do something else.”

The apparent transparency of Blackwood Seven’s model arrives at an opportune moment, given the controversies of the ANA report into media rebates in the US, and the recent revelation of “inappropriate” activities carried out by Dentsu in Japan.

“We don’t care about the cash or the money stream. We are very happy to let the money flow between the media owner and the advertiser directly, so we are a software platform,” he insists.

Kjærsgaard feels that traditional media agencies are not doing anything wrong, per se. “I think they have not developed enough, they are stuck in the 1990s,” he adds.

He comments that the media agency industry has not fundamentally changed since the mid-1980s, when he was starting out in the industry. “It’s still the same model, it’s just putting people on an account and then put an overhead on top of that and they haven’t changed it.

“Is anything wrong with the model? No, but no one has changed anything, so you could say that they maybe fell a little bit asleep,” he says.

First Denmark, next the US and UK

According to Kjærsgaard, client feedback for Blackwood Seven’s model has been “pretty good” in Denmark and Germany, giving a “significant uplift compared to existing media plans”.

Having just expanded into the US in July, what’s the next step? “Within a very short time – and I’m talking about weeks – we’ll be in the UK with an office and full service in the UK, from here in London.”

Kjærsgaard elaborates that, as an AI software platform, the company can quite easily move into new markets. “That’s the sweet thing about building a platform, we don’t need to set up an office in every country because we can do a lot of things on the platform,” he says.

“We have an ambition that we want to build a global company. We can easily travel into new territories and that’s our intention.”