IBM-owned The Weather Company has begun trialling its AI advertising platform, Watson Ads. So how does it work? We asked international sales boss Ross Webster to explain. 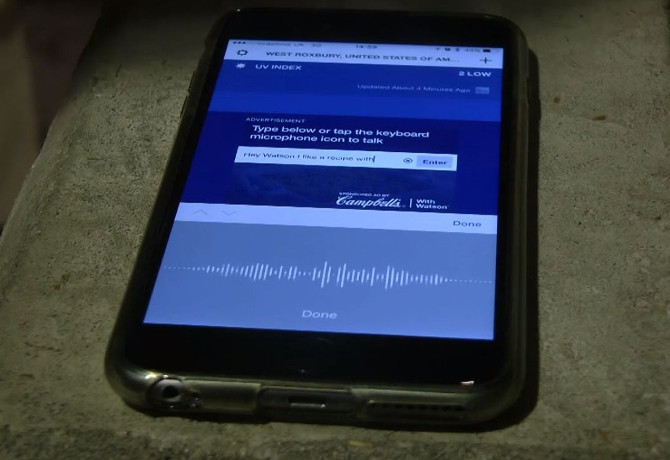 Earlier this month, The Weather Company began offering US brands the chance to work with its IBM-powered ‘cognitive’ platform Watson Ads – described by the media owner as a “new frontier in advertising”.

Brands including Campbell Soup Company, GSK and Toyota have been trialling methods to use the Artificial Intelligence (AI) technology, with the former offering recipe suggestions from an ad unit with The Weather Channel app.

Ross Webster, IBM’s managing director of international sales for The Weather Company, offered M&M Global a demonstration of the new product, which he says will be available globally “next year”. Watch the demo below.

Webster also explained that the long-term plan is for Watson Ads to operate independently of IBM and The Weather Channel’s websites and apps: “You have an ad unit which, for the first time, can understand what your intent is, what you’re after, and can have a conversation with you about the brand it is advertising. Watson can understand and learn.”

“We see the future of Watson very much as a branch of advertising where you can talk to the advertisement in any sort of situation, whether that be OOH, television, online or anywhere you have a digital screen,” he says.

Advertisers will also benefit from the influx of data from Watson ad units, says Webster, which will help with product development and ad targeting refinement.