Marketers must get to grips with contradictory consumer views on the use of data and targeted advertising, according to a new study commissioned by M&M Global. 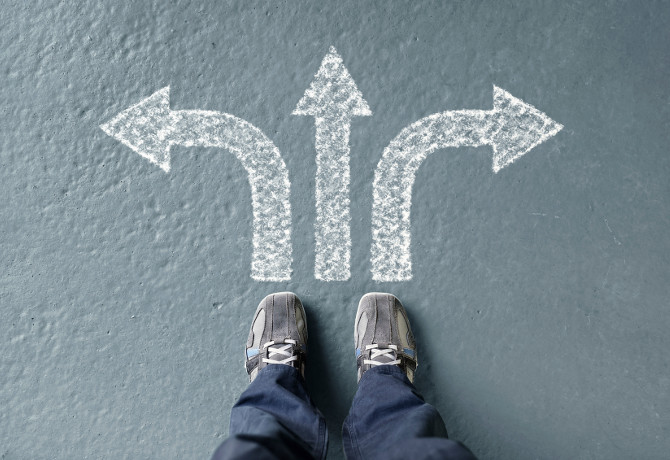 It is the marketing industry’s equivalent of Catch-22.

Consumers are turning to ad blockers to filter out annoying and irrelevant ads. However, those very same users demanding greater relevance are also taking umbrage with advertisers for their use of targeting and data. For many CMOs, it must feel a case of damned if you do, damned if you don’t.

M&M Global partnered with online research provider Toluna for a survey of 1,502 internet users across the US, UK and China. As well shining a light on the wide discrepancy of views in North America, Western Europe and Asia, it also showed that brands must find a way to navigate contradictory consumer views on the use of data and targeted advertising.

The first area of concern for brands is the complaint that too few ‘targeted’ digital ads meet the brief of achieving true relevancy.

When asked how often they feel a targeted ad is relevant to them, the majority of respondents in the UK and China offered a thumbs-down verdict. In the UK, 49% claimed most digital ads miss the target, while a further 18% said they never feel ads achieve relevancy.

“The industry has some way to go before reaching the nirvana of the right ad to the right person, at the right time”

Participants in China were less damning, with 41% saying less than half of ads are relevant, and 10% claiming they were never targeted with relevant ads. And US consumers were altogether more positive: only 33% said the majority of ads lack relevancy, while nearly 30% of respondents claimed that targeted ads are relevant ‘every time’.

However, going on the complaints from the majority of those taking part in the survey, the industry has some way to go before reaching the nirvana of the right ad to the right person, at the right time.

The good news for brands is that many consumers appear happy to receive relevant ads, and will often act upon them.

When asked how they feel about brands using ad targeting techniques, some 37% of UK respondents claimed it provoked a negative response, but that negativity fell to 17% and 10% in the US and China respectively. In the US, 40% of participants actually said they would feel more positively about brands reaching them with targeted ads.

And, when it comes to purchase intent, the picture becomes even brighter.

Despite the positive intent shown by many consumers surveyed by M&M Global, a wider threat regarding the perceived misuse of data and targeting technology.

When asked if they worry their online activities being tracked by software, the overwhelming majority express concern, to the least extent in the UK (72%), followed by the US (77%) and China (82%).

Privacy is clearly a concern, so much so that nearly half of all respondents – 47% in China, 49% in the US and 49% in the UK – told us that they have tried to opt out of forms of targeted advertising. And yet some of these very same individuals will have bemoaned a lack of relevancy in some ads, and have responded to relevant ads with changes to purchase intent.

That is the thing about Catch-22 situations – there is no easy answer.

Reflecting on the results of the survey, Blake Cuthbert, chief digital officer at OMD EMEA, told M&M Global that advertisers must embrace a new mind-set, based less on achieving maximum relevancy and more on playing a “genuine role” in consumers’ lives.

“The Catch-22 surfaced by the survey is a direct correlation to the challenge of creating consumer trust for a brand and the scepticism that exists in the ecosystem,” says Cuthbert.

“The adoption of data-driven marketing and programmatic has allowed us to streamline our outreach to consumers across their journey, from awareness to in-market intent. This new approach to advertising is the foundation of driving trust through relevancy and engagement. Given this, the Catch-22 moves from ‘How can I advertise only to people when it is relevant?’ to ‘How can I generate further demand and grow in every engagement?’

“Brands therefore need to understand how they can play a genuine role in people’s lives outside of the core product or service they offer in order to add value, whether it is through utility or entertainment. This means that every element of the client strategy has to revolve around the consumer journey,” he adds.