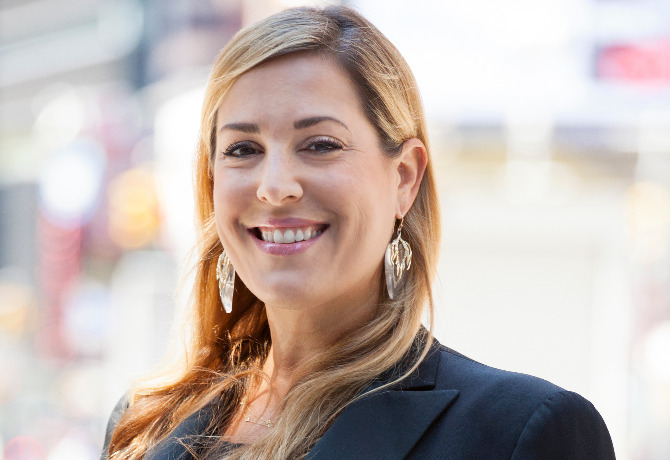 Abby Spatz has been in the CMO role for only three and a half months, having worked across a range of lifestyle brands for over 20 years.

“I’m really fortunate to come to such an amazing company,” says Spatz, who grew up in Pittsburgh, Pennsylvania.

“New York City has been in my heart since I was a little girl. I was one of those kids who dreamt about the big city, and to be tasked with the marketing efforts for it is really like a dream come true, and what better brand than New York?”

The ‘Unlock NYC’ campaign is in its first iteration to drive awareness using an integrated multimedia plan.

“This whole campaign is very much about the invitation in to experience all the best of what New York has to offer across all five boroughs including insider intel, enabling and unveiling the best of how to get into and experience the city,” says Spatz, reeling off some of the city’s most famous attractions.

The campaign is being launched across a range of earned, owned, paid, shared and partner media, leveraging tablet, mobile, social, engagement, as well as traditional media like OOH.

The supporting promotion will include multiple phases based on visitor’s trip-planning behaviours based on their region and will evolve with the seasons.

“I think tech has put the responsibility and inspiration on all of us. We are all visitors and tourists, whether it’s in our own destination or when you go somewhere else because we are able to walk around with the biggest access to anything we want in the world with our phone,” says Spatz.

“The campaign is a responsive design, I think the technology allows you to unlock the best of whatever you want,” she adds.

“You have the option to put it in your own hands and seek out that which is most exciting and intriguing to you as a visitor or as a tourist. For us, it’s the opportunity to present this amazing range of inspiration points whether you’re interested in some of the icons of the city, or the lesser known shops and gems, you take technology in your hands.

“It’s our job to inspire and it’s the visitor’s job to unlock or engage.”

As the campaign has been structured to include a phased progression, each period will see more content added, building a stock-piled of curated recommendations.

“In the coming weeks, you’ll have more and more industry experts and bloggers adding in their insights and tips and then come January you’ll also have user generated content so individuals coming in with what they’ve unlocked,” says Spatz.

“The experience of what you can encounter is what’s being positioned globally,” she says, with regards to how the message will change internationally. “The messaging is being conducted in the way that will be most conducive to each market.

“There are some things that are so specific in terms of what a market is really orientated towards, but some things are oriented towards everyone and that’s the great thing about New York.”

By launching the year-round seasonal promotion in winter with the slogan ‘Find a winter less ordinary’, it is aiming towards attracting business in a season when it is not as robust, promoting offers like Broadway Week, when tickets are 2-for-1.

“New York City is the original, there’s no one else like it so we set the trends,” comments Spatz. “We looked out into the world and thought that other destinations might hide from the cold – we’re owning it, we’re embracing it.

“Does everyone know that at 1.30am, the crowd has cleared, the sky is calm and cool and full of sparkling lights, you have the city to yourself?