Speakers from PaddyPower, Snickers and StoryStream joined a panel for an impassioned debate about the importance of content innovation for brands on the first day of Ad:Tech 2015. 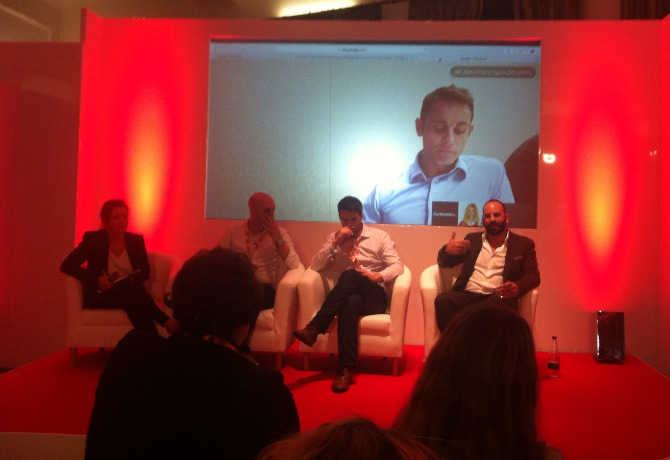 Bookmaker Paddy Power’s head of digital engagement Paul Mallon felt the difference between content and ads has become a “blurry, mucky space” for brands to exploit, while Snickers global brand director Dan Burdett said “content is something that consumers are much more likely to share than an advert”.

“It’s a person getting that content, then either engaging or not,” Vaidya added. “If you want to get more eyeballs on it, you have to pay to optimise it. If there ever was a need for quality content, it’s now.”

Mallon felt that “under-producing” content could have a good viral effect, as people don’t think they’re being sold a product when you strip back the selling message.

Burdett questioned that logic of turning off traditional media when working with YouTube celebrities as he felt a campaign still needed paid support to maintain reach.

“At Snickers and Mars, we take a data driven approach,” he said, utilising conventional celebrities as well as new YouTube stars, citing the company’s use of the Brady Bunch (mostly posthumously) and Steve Buscemi.

“We tried to bring the campaign through touch points in to the real world as well as the online world.

“Risk is really, really fun to play with and I think we’d like to say we are representing the silent majority,” said Mallon about his brand’s divisive image, which he described as channelling musical theatre show ‘Book of Mormon’.

“Paddy Power is a permissive brand and we’d like to play in that arena.”

Burdett agreed that it would “definitely be difficult to sell Paddy Power content” from Mars, due to the company’s level of notoriety and “somewhat courting controversy”.

“I think there are ways to create good content where you don’t have to take huge creative risk,” Burdett said, using examples like programmatic, tailoring incentives, plus experimental targeting with audiences and passion points.

“Your mood or how you feel drives your behaviour,” Burdett added, detailing how his brand tried to create relevant content and drop it into a window of impulsivity.

Vaidya felt that user generated content was a space that was maturing quickly and developing real power. “As a brand, it’s a really positive way to create your army of marketers,” he said.

“I think it’s brilliant, the importance of humour and brands having fun, not only with consumers but with themselves”

Mallon admitted that user generated content was something he felt his brand could improve on, discussing the slow uptake of a regular feature where “the best and worst” comments of social media were read out by a Hollywood voice over for comic effect.

Another Paddy Power campaign that had taken time to gain traction involved a spoof photo showing large chunks of deforestation to the rainforest emblazoned with a brand message.

“I think an Egyptian blogger got involved and that really sparked it, we were waiting for death threats,” Mallon laughed, saying the company’s account had replied “Don’t get your hemp knickers in a twist”.

“I think it’s brilliant, the importance of humour and brands having fun, not only with consumers but with themselves,” said Burdett. “Paddy Power is a mischief machine.”

Burdett admitted that Snickers had no in-house content structures, but works with a variety of content makers.

“User generated content is something we haven’t really embraced at Mars just yet, we’re still trying to get our head around it,” he added.