In a world where national and local differences are reasserting themselves, remaining locally relevant will be a central challenge for global brands, writes J. Walker Smith, executive chairman, and Elisa Birtwistle, director, head of human and cultural foresight at The Futures Company.

The Brexit crisis isn’t just a crisis for the economy, it’s a crisis of identity. The referendum campaign alerted people to what they feel about some basic personal values: their sense of belonging, whether they feel in control, what they are able to aspire to.

In the process, they ended up having to take sides on a whole range of issues, which have opened up a series of cultural tensions. To take just a few:

– Caution and security versus openness and risk

– Culture of blame versus culture of empathy

In the process, the ‘Leave’ or ‘Remain’ tag has become a shorthand for a whole set of quite complex views of the world, as we saw when English football fans chanted, “We’re all voting out” at Euro 2016. Brands need to find ways of unravelling what these tensions mean for their consumers.

In such a world, touchstones become important. For consumers and citizens, touchstones go beyond identity and nationality to reference groups. Who do you compare yourself to? Against whom do you calibrate your success? Among whom are you most comfortable? Or on the negative side, who has betrayed you or abandoned you?

And part of the crisis of identity revealed by the Brexit vote, by the rise of Trumpism in the United States, and by other “nativist” expressions of identity right across Europe, is that common touchstones or reference points have vanished, and people have filled this gap by reaching for new ones. In the process, there has been a splintering of reference groups.

“Brand and business leaders need to spend time now on creating clear propositions for where consumers and markets are headed, not where they’ve come from”

One of the truths about the rise of local brands is that they’re not just about geography: they are more familiar, and that familiarity allows them to tap into a different kind of reference point.

The Futures Company’s managing director Henry Tucker suggests that touchstones are critical to telling brand stories. “In Shakespeare’s As You Like It, Touchstone is the character who provides a common narrative and a better understanding for the audience of what’s going on. Brands need Touchstone too,” he says.

“As the story shifts, what is the narrative and the point of view your brand is providing? How are you developing the brand to connect with new touchstones? Brand and business leaders need to spend time now on creating clear propositions for where consumers and markets are headed, not where they’ve come from. To quote a different Shakespeare play, The Merry Wives of Windsor, ‘Better three hours too soon than a minute too late.’”

This presents a particular set of challenges for global brands. They are staffed almost completely by people who have a different view of these tensions from the people who voted ‘Leave’ in the Brexit referendum or support nativist parties in other countries.

And more: when periods of globalisation come to an end, this is partly because the losers end up angrier than the winners. So, nations and regions reassert themselves against “the borderless world” proposed by globalisation, a borderless world that includes global firms. As John Ralston Saul observed in his prescient book The Collapse of Globalism, published in 2005, the rise of nationalist and regionalist parties that articulate the anger of the losers has been going on for some time.

Mark Leonard updated this in a post published after the referendum: “Across Europe, there are 47 insurgent parties turning politics on its head. They are gaining control of the political agenda, shaping it according to their interests – and winning power in the process.”

“They are Eurosceptic; they spurn NATO; they want to close their borders and stop free trade. They are changing the face of politics, replacing traditional left-right battles with clashes pitting their own angry nativism against the cosmopolitanism of the elites they disdain.”

What’s true in politics is also becoming true in markets as well. Kantar Worldpanel data finds that local FMCG brands are growing almost twice as fast as global brands, such that the bulk of FMCG growth is now coming from local and regional brands. National operating companies are increasingly making the pace in energy markets.

In a world where national, regional and local differences are reasserting themselves, managing to remain locally relevant will be a central challenge for global brands. To do this, global brands will need to start understanding better how values and attitudes have shifted in response to globalisation—especially among the losers—if they want to remain relevant. 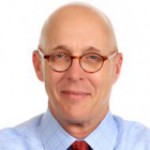