A drive to create more viewable advertising may be fuelling user dissatisfaction with digital ads and, in turn, leading to the increased adoption of ad blocking software, a group of media experts has warned. 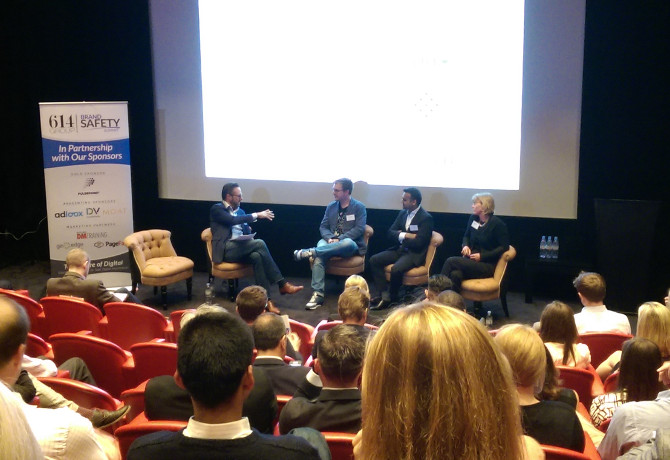 At The 614 Group’s Brand Safety Summit in London, a panel of media experts, chaired by Xaxis EMEA chief executive Caspar Schlickum, discussed whether the re-introduction of high-impact digital formats that upset consumers is linked to the industry’s problem with ad blockers.

“After we started measuring viewabilty, people started trying to gain viewability, things like interstitials that we had decided years ago were annoying started to reappear,” observed Aniq Rahman, president of Moat.

Alex Norman, head of advertising operations at IPG Mediabrands, concurred there may be a link: “If advertisers want more viewable and in your face, above the fold ads, I can see how that might annoy users. You need more collaboration between advertisers and publishers.”

BBC Advertising’s vice president of sales and enablement, Anne Goodman, added that the broadcaster is working hard to ensure it strikes a balance between client viewability demands and user experience.

“We are working hard to get that balance right, where the advertising works for the site, and therefore for the advertiser,” she said.

The panel discussed the rise of rival pricing models, which prioritise KPIs such as viewability and attention, the latter having been adopted by publishers like the Financial Times and The Economist.

Rahman predicted a sharp rise in the number of advertisers wishing to transact based on attention. “It may seem a fuzzy concept, but that is what brands care about,” he said.

Time spent in a content environment may become a prevalent factor in pricing, Norman agreed, perhaps meshed together with viewability to get a truer measure of consumer engagement. “It comes back to quality,” he added.

And calls were repeated for a single industry measure on issues like viewability, otherwise the industry may find itself struggling to cope with a multitude of differing demands from partners.

“There are nuances in different markets. In some it has become unmanageable, where marketers all have bespoke definitions [of viewability], and it will become difficult to trade,” said Rahman, citing markets such as the Netherlands. “Ultimately, we have to find a better way to trade on this.”