Former Manchester United and Holland goalkeeper Edwin van der Sar revealed to the crowd at Web Summit in Dublin (3 November) that being a CMO means working far longer hours than that of a footballer, at least according to his wife. 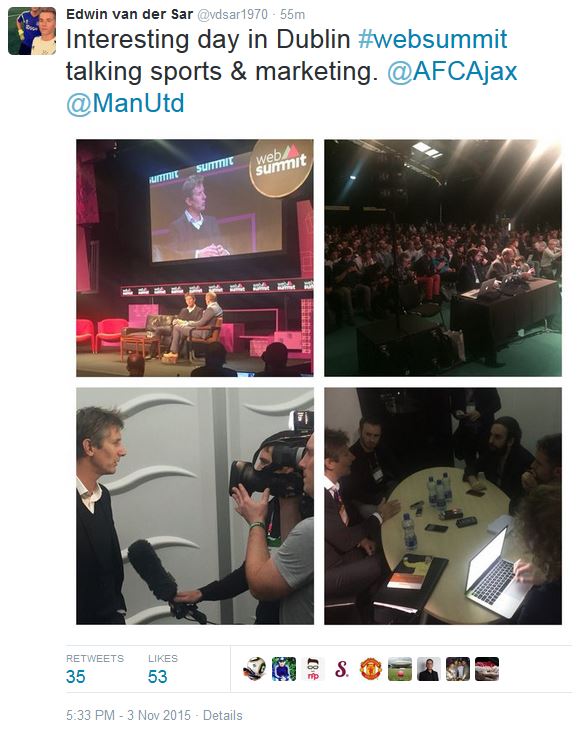 Van der Sar, who shunned the usual former professional footballer route of becoming a TV pundit or manager upon retirement, decided to study for a masters in sports management before landing the role of chief marketing officer for Ajax Football Club.

During the past two years he has been involved in all aspects of the company’s marketing and commercial strategy, and is on target to become its CEO in November 2016.

Despite his obvious knowledge of football and Ajax, it was Van der Sar who chose to postpone his promotion until the end of next year to ensure he had the appropriate skills and experience.

“I spoke to the former Manchester United CEO David Gill about stepping into this role and he warned me to be careful as it sucks you in and consumes all of your time”, explained Van der Sar.

“When I finished playing my wife was expecting me to spend more time with her and the kids, but now I’m spending far less time, so she is not thrilled.”

“When I step into the CEO role I need to make sure that the organisation is right for the club to succeed, and that takes time”

While he was playing Van der Sar was keen to learn more about the global marketing campaigns created by Manchester United, and credits most of the ideas he is now implementing from his six years at the club.

His current role has seen him head around the world to secure large sponsorship deals with a variety of brands, while also using the club’s famous former footballers and current management team of Frank De Boer and Denis Bergkamp as part of his commercial plan.

“When I step into the CEO role I need to make sure that the organisation is right for the club to succeed, and that takes time”, added Van der Sar.

Web Summit is expected to welcome 40,000 visitors this year, and has the likes of Rio Ferdinand, Dan Brown, Sean Rad and Chris Froome all speaking over the three days. 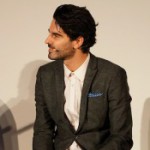