Programmatic has a significant role to play in the future of marketing, but brands should not become over-reliant upon the technology, according to the top marketer at UK mobile network Three. 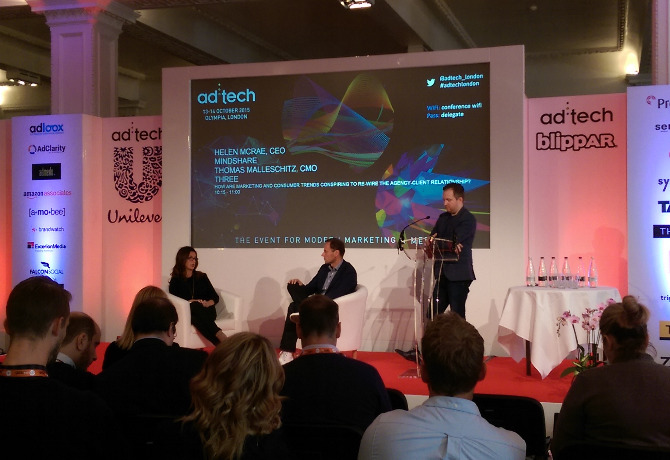 “I love the philosophy of programmatic, making sure my advertising plans are the most efficient and effective – but it is just one channel, one way to tell a story,” he said.

Malleschitz and McRae were discussing the changing nature of the client-agency relationship, in light of the rise of advertising technology and “frenemies” like Google. Three and Mindshare have worked together for a decade.

Reflecting on the recent surge in global media agency reviews, Malleschitz argued against swapping agencies on a regular basis, and claimed the rise in pitches comes as a result of newly appointed marketers wanting to make an impact.

“One of the reasons client-agency relationships change so often is because CMOs change so often. They want to make a statement, and make a change, when they join. I believe that’s wrong,” he said.

Three has gained publicity in the UK for its talked-about ‘Moonwalking Pony’ and ‘Sing it Kitty’ campaigns, shared heavily on social media and video sites like YouTube.

Malleschitz said the brand comes up with the creative concept with its agency partners before approaching media owners and asking, “What can you do to help tell our story?”

And, despite the fast-paced nature of the telecommunications industry, the marketer admitted companies are still trying to work out the best way to utilise the huge quantities of customer data it possesses.

“We’re still catching up,” he said. “We all go fast in the telco industry, it is a super fast-paced business, but we’re all still struggling to convert data into insights. How can we make sure that we have a 360-degree view of the situation?”