The year ahead is set to be a fast-paced, dynamic show, writes Jamie Evans-Parker, founder and chief executive at wayve. 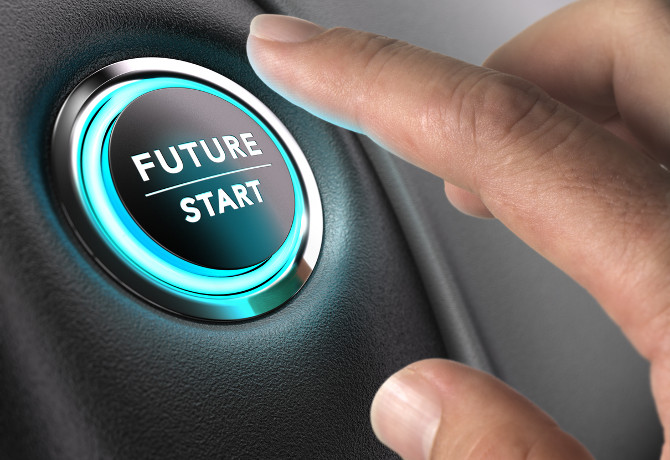 According to the classic BBC programme Tomorrow’s World, next year computers will have a sense of smell. By 2019, high-resolution bionic eyes will be available for purchase. And within a couple of decades, cars and planes will be driverless.

Whether these visions will come to fruition is not certain. While many of the show’s previous predictions have translated into reality — such as mobile phones, touchscreen, and 3D images — plenty fell wide of the mark — floating bicycles, life on Mars, and the robotic snooker player to name a few.

So, how can we tell which technologies will actually change the world in 2017?

Developments like artificial intelligence (AI) are already becoming part of modern life, as is the constant flow of data that is integral to almost everything we do. Thus, what we can expect to see next on the marketing roadmap is even greater automation — in ad trading and cross-channel integration — and a stronger focus on data security.

Here’s my take on the four trends that will define the digital ad landscape in the year ahead.

AI will become an everyday tool

Awareness of AI’s potential to create more relevant, real-time campaigns has been growing for a while, especially in the programmatic space, but it hasn’t yet become mainstream.

In 2017, the era of omnipresent intelligence will finally dawn, and to keep up brands will need to make AI part of the everyday advertising toolkit. Armed with AI-powered tech, advertisers will be able to collate and analyse multiple data streams from a range of smart devices — creating actionable, unique profiles that facilitate better audience segmentation and more personalised, accurate ad targeting.

As a result, ad quality and user engagement will improve; with disruptive ad formats — such as pop-ups and auto-play — exchanged for data-driven, rich media ads that can be adjusted to suit individual requirements, even when they are traded programmatically.

Of course, there will be concerns about where humans fit in to a machine-led world, but these can be easily overcome. Machines are not due to replace advertisers any time soon; in the near future it’s most probable they will become smart assistants that take on admin and data tasks to free up time for creativity.

Everyone will be preparing for Europe’s GDPR switchover

When the new General Data Protection Regulation (GDPR) was unveiled earlier this year, attitudes were mixed. Now the deadline for compliance before the GDPR becomes law — on 5 May 2018 — is almost here and the time has come to prepare for, and embrace, the change.

In 2017, advertisers will at last recognise that although the GDPR will bring some restrictions; it will also bring greater transparency and, in turn, improve audience relationships. By giving individuals more control over their personal information, including the ability to ask how and why data is used, the GDPR will help to reassure them that tailored ads do not pose a risk to their personal privacy and thereby significantly boost advertising receptivity.

With a heightened consciousness of what happens to their data and a say in where it goes, individuals will also be able to choose who they share their data with — swapping their data with brands they trust to deliver high-value communications in return.

Digital out of home (DOOH) will reach maturity

In 2016, campaigns like Walkers’ ‘Countdown to kit off’ – which played on Gary Lineker’s unusual Premier League promise if Leicester City won the title — showed that digital-out-of–home (DOOH) has earned its place on the advertising map. In 2017, it will go from nascent to mature. With the cost of digital LED screens continuously falling and the availability of Wi-Fi hotspots rising, DOOH is now ready for programmatic and within reach for all brands.

Over the next 12 months, advertisers will leverage data from users’ smart devices to link up online and offline activity, and establish how DOOH can be successfully integrated with tailored, cross-channel campaigns. Yet this will present brands with a conundrum they must work to address: how to reap the rewards of automated efficiency, without diminishing creative integrity.

Earlier this year, Spotify led the march for programmatic audio, demonstrating that real-time, data-driven advertising is not just the preserve of digital video and display — and where innovators lead, the rest follow.

In 2017 we can therefore expect marked growth in automated audio, as more brands realise that the vast stores of insight into consumers’ profiles that streaming services hold is a valuable advertising opportunity. Full to the brim with first-party, deterministic data, services like Spotify offer a unique window into user activity — with playlists for commuting, working out and relaxing — that can be used to ensure ad creative is well-targeted and delivery is perfectly timed.

There is, however, still one glitch. As an emerging channel, programmatic audio has not yet developed the ability to attribute sales with the same accuracy as its more established cousins, which means more work is needed for it to reach an equal footing for ROI.

Tomorrow’s World might not have got everything right, but it can be hard to predict exactly what’s around the corner. One thing we can be certain of as we enter 2017 is that rapid technological development is going to be part of it.

With big changes to data law coming in as a result of the 2018 GDPR and automated trading, creative and audio already waiting in the wings, the year ahead is set to be a fast-paced, dynamic show. Now we just need to make sure we’re ready.