Wix.com CMO Omer Shai: ‘It is really difficult for us to work with agencies’ | M&M Global
Interviews
7th July 2016 by Alex Brownsell 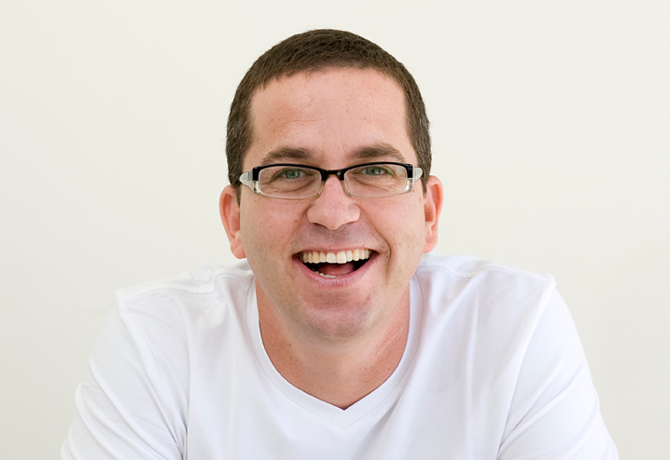 By the standards of more recent runaway digital economy success stories, Wix.com’s rise to prominence has been quite pedestrian.

The Tel Aviv-based website design and creation company started life back in the pre-smartphone era in 2007, and has steadily built a global customer base ever since. It now boasts around 87 million registered users – increasing by around 1.6 million each month – and employs over 1,200 people from San Francisco to Berlin.

Omer Shai, a former marketing director of Hackersoftware and co-founder of tech start-up Hyperactive, joined Wix in early 2008 and now oversees a department of 140 people. More importantly, he has led the transition from online-only advertising and pay-per-click (PPC) to a brand that reaches consumers with a comprehensive media strategy.

A big breakthrough moment arrived earlier this year. Back in 2015, the brand stumped up the investment to join the major players in US advertising with its first Super Bowl TV commercial, catching the attention of movie production house DreamWorks, maker of animated hit franchise Shrek. According to Shai, DreamWorks approached Wix with a partnership in mind – leading to this year’s popular #StartStunning spot.

The ad, featuring characters from DreamWorks’ Kung Fu Panda movies, topped viral ad tables and has been viewed over four million times on YouTube. “It is funny,” reflects Shai. “A huge brand like DreamWorks approaching us. It is respect to the hard work of people here [at Wix] building a top brand.”

It is certainly indicative of the ambition for Wix to take its place alongside global marketing’s elite. The firm has entered into a partnership with Premier League soccer team Manchester City, is working with US pop group Macklemore, and expects to roll out its third consecutive Super Bowl commercial (“there is a big, big chance there will be another one”).

However, Shai argues strongly against the idea of marketing for marketing’s sake: “Marketing is growing with the company, growing with the product. We are increasing the budget for online and offline, and the goal is to optimise the mix. I use [the term] ‘investment’ all the time when speaking about advertising.”

“Regarding advertising agencies, I have to say it is really difficult for us to work with them”

He stresses that communications must remain closely rooted to the products Wix offers, rather than simply pursuing brand awareness, as part of efforts to retain the company’s start-up mentality.

“We spend a lot of time and effort to explain what is the ‘Wix way’, and how we need to innovate. We believe the campaign has to be built around the product. Although we have so many employees today, we still consider ourselves a product company.”

This focus on product and culture has led to clashes with potential partners. While Wix has attempted to work with advertising agencies, such as New York-based Silver+Partners, the experience has been less than satisfactory, according to Shai.

“Regarding advertising agencies, I have to say it is really difficult for us to work with them,” he says, revealing the brand uses in-house resource to create its campaigns.

“We believe first we need to understand the product really well, the customers really well, and the ‘Wix way’ really well. And we found it out is really difficult for [the agencies], and difficult for us, and we decided it works much better for us to work in-house.”

On the media front, Wix works with one boutique agency for the buying of TV ads in the US, but has otherwise eschewed larger media agencies, questioning whether they would really “understand [his] needs”. It is building up its own in-house programmatic media capabilities, and plans to expand these further.

Nevertheless, we can expect an increasingly visible Wix brand across all media channels, as the company looks to accelerate the growth its user base. And it is hoping a new product, featuring artificial intelligence technology, will super-charge that advancement.

The Wix ADI service – that’s Artificial Design Intelligence – claims to use an algorithm to build users a bespoke website based only a “few simple questions”, scouring the web for relevant content, and with “billions” of unique designs on offer. Users can then make the necessary adjustments, adding in their own touches.

Shai is confident the new service will prove a winner. “The AI product is a huge opportunity for us; it is inventing a new design,” he says.