Xaxis last week made its biggest acquisition to date, swooping on US retail media specialist Triad. CEO Brian Gleason explains why the WPP business is getting into e-commerce. 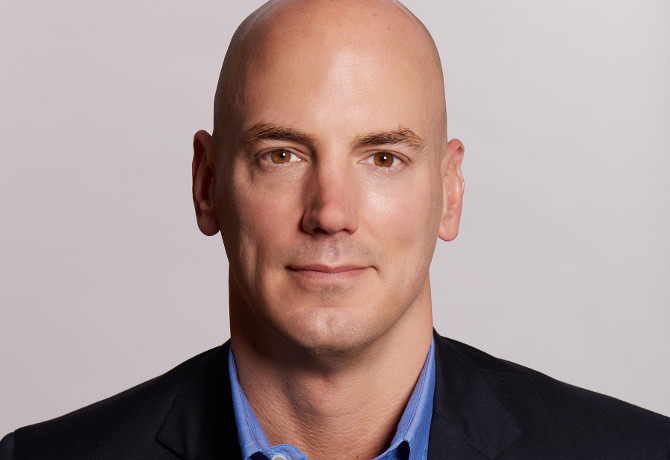 Time stands still for no man, least of all if you are stood in the middle of the ad tech maelstrom.

When, in November, Brian Gleason took the top job at WPP’s Xaxis – the world’s largest programmatic media buying platform – some may have expected a period of slow, considered strategy building. Instead, the former IDG exec has kicked off a rapid expansion of Xaxis’ capabilities.

Firstly it launched its ‘programmatic native’ play with a repackaged version of plista, a German native ad firm it acquired in 2014. It has also been building up Light Reaction, its performance marketing unit. Now, following last week’s estimated $300m deal to acquire Triad Retail Media, Xaxis is turning its attention to the burgeoning e-commerce sector.

Triad is no plucky start-up: founded in 2004, the company employs 700 people across multiple markets, and its clients include retail giants Walmart and eBay. Xaxis estimates that it occupies a third of the growing ‘retail media’ scene, whereby retailers sell desktop and mobile inventory to brands as they would shelf space in a physical store.

One may be forgiven for questioning the link between e-commerce, and Xaxis’ business model, rooted in digital display media. According to Gleason – speaking to M&M Global in the days following the acquisition – it all relates to the evolving consumer journey.

“When you think about e-commerce and m-commerce, they are incredibly important to most brands today,” he says. “In the past 18 months we have been evaluating the category with a mind-set of how do we bring brands closer to the transaction. We started to evaluate certain solutions, and Triad was top of the list.”

Gleason said he and the Xaxis board were attracted by Triad’s ability to transform the fortunes of struggling retail clients.

“When retailers moved into e-commerce, it was a challenging disruption to their business. No longer did they have shelf space to be able to monetise. Triad allows them to monetise that experience much in the same way they would with their retail store,” he says.

“There are so many retailers who are struggling with this right now, and Triad has a great record in shifting this for them.”

Many observers believe the retail media sector is set for rapid growth, and Gleason points out that Amazon has managed to build up a $1bn-plus business on its platforms alone. French ad tech firm Criteo also recently snapped up retail-focused ad server and exchange HookLogic in a $250m deal.

With advertisers increasingly dependent on e- and m-commerce revenues, Gleason argues that they will need to begin investing in a presence nearer to the point of purchase.

“As more people go online, traffic increases and the experience changes. The consumer journey goes from a physical environment to an electronic environment, and brands need to have a look at how they are going to take part in that transformation,” he says.

“If you look at the experience on mobile and video, it is going to be massive. It is only going to expand.”

“When you look at the performance aspect of retail media, but there is an opportunity to move to products like click-to-wallet”

Though Triad will remain a “standalone” unit, with its management reporting directly to Gleason, he envisages Xaxis offering a pick ‘n’ mix suite of media, performance, native and retail media solutions to clients, depending on the KPIs and demands of each campaign.

He is also excited by the acquisition of 700 retail experts (“it is a challenge finding that kind of experience”), and in particular a creative team numbering over 80, including film and art production facilities. This unit is responsible for bringing brands to life in the digital and mobile environment – something Gleason argues will be in ever-greater demand over the coming years.

“When you think about a shopping experience, when you go into a retail store you can pick it up and learn about it. When you’re online, you don’t have that, so it has to come across in the creative execution. That is an area that will see significant growth,” he says.

“Now with m-commerce and e-commerce, it really completes the portfolio, and we get closer to the transaction.”

If Triad offers Xaxis a route into the world of e-commerce, Gleason claims that Xaxis can assist Triad’s international ambitions and the development of a wider suite of products.

Xaxis is present in 46 countries, and, as part of WPP, opens up many more markets for Triad target for growth. He also believes that the “significant” investment Xaxis has made in its tech stack will help Triad to go beyond the formats it currently offers brands and retailers.

“When you look at the performance aspect of retail media, it is primarily branding, but there is an opportunity to move to more performance-type products like click-to-wallet and others. And we have a tremendous experience in that category,” he adds.