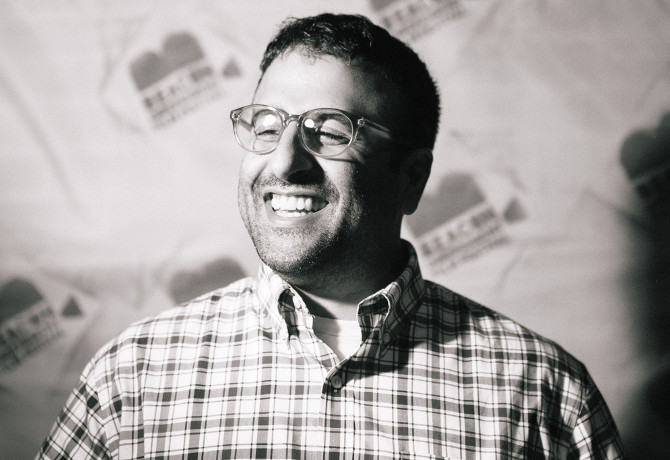 While Asia-Pacific currently trails North America on digital ad spend, expenditures in the region are a close second this year. eMarketer projects that digital ad outlays will total $68.7bn in 2016, and more money will be spent on digital advertising in Asia-Pacific by 2018 than in any other area of the world.

The growth of digital ad spend is inextricably tied to the emergence of the mobile-first markets of China, India and Indonesia, which boast a combined population of almost three billion, according to figures from the US Census Bureau. These three markets will see the strongest growth in digital ad spend over the next four years, largely due to one factor: the smartphone.

There will be 841 million smartphone users in these three countries in 2016, by eMarketer estimates, more than four times the number found in the US. The continued emergence of a nascent, but burgeoning, middle class in all three countries has created a new consumer cohort with the disposable income to spend on smartphones and service plans. 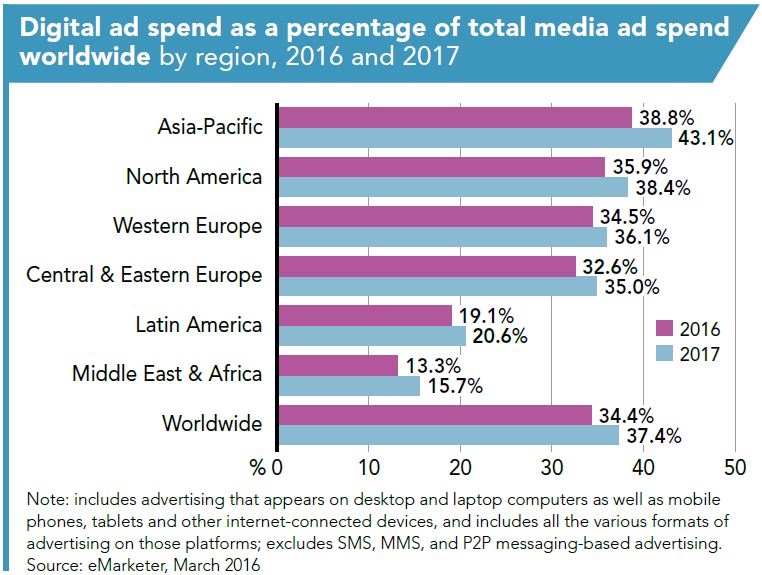 These items were once out of the reach of all but the highest income-earners. However, the ascent of low-cost smartphones – many of which are made in China – and data plan price wars resulting from competition among wireless carriers, has made mobile internet more widely accessible in the Asia-Pacific region.

There are, nonetheless, several areas of the digital ad ecosystem in which developing Asia-Pacific markets still lag behind more advanced countries, one key area being programmatic advertising. China represents a unique middle ground between emerging and mature programmatic markets. eMarketer estimates that more than half of digital ad outlays in China will be transacted via programmatic methods for the first time in 2016, with the vast majority handled by Baidu, Alibaba or Tencent.

However, China’s programmatic market remains beset by significant problems, including a dearth of robust third-party data providers, conflicts of interest among those selling inventory and rampant ad fraud. 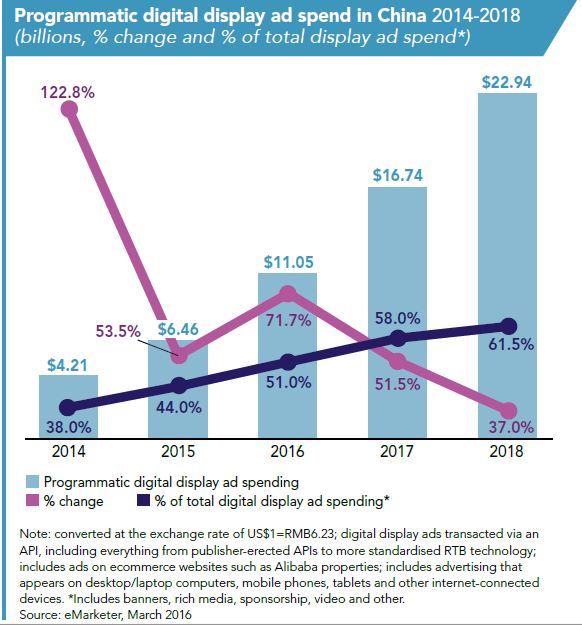 Programmatic faces even higher hurdles in most Southeast Asia markets, where digital has yet to achieve a comparable reach to traditional media outlets such as television. Automated trading, with its attending lexicon of jargon acronyms and often opaque methods of measuring return on investment, presents a significant barrier to ad-buyers more used to direct deals and clearly established metrics.

One area of digital advertising that is likely to see faster growth in Asia-Pacific is video advertising. India, for example, is on the cusp of a sharp increase in digital video consumption that will be driven by falling service plan prices due to competition among mobile carriers. Upstart mobile telecom company Reliance Jio has already had a dramatic effect on the market by providing consumers with 4G data rates of less than $1 per gigabyte.

eMarketer estimates that the number of digital video viewers in India will climb from 149.7 million this year to 244.1 million in 2020, when 18.4% of the population will watch a video online at least once per month. Cheaper and faster data will have a strong appeal to these entertainment-content-crazed consumers in India, which churns out an astounding amount of cinema and music.

Advertisers will be forced to follow those consumers as the traditional media format of TV fractures, much as it already has in both the US and Western Europe. 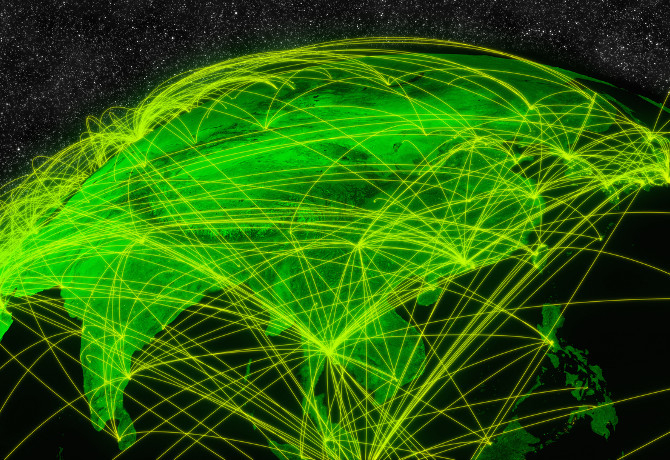