UK advertisers are being forced to endure poorer viewability standards than their European counterparts, according to new research by ad verification company Meetrics. 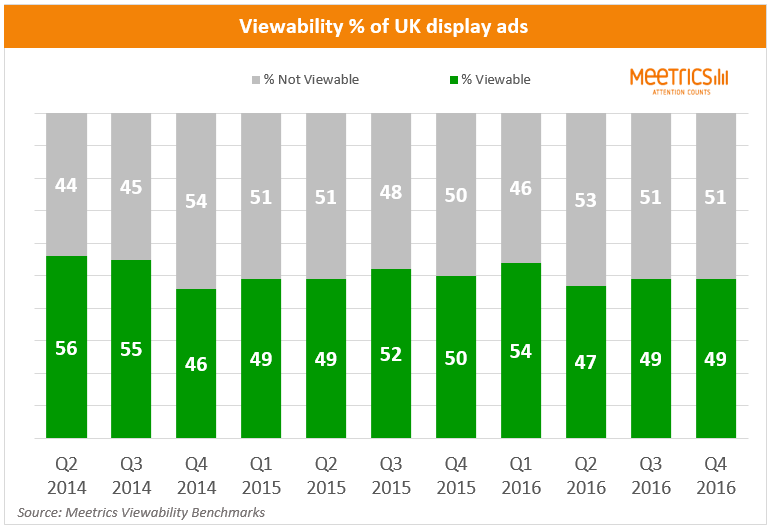 According to Meetrics’ latest quarterly benchmark report, UK brands spent £606m ($746m) on online ads last year that failed to meet minimum viewability thresholds – down from 54% in the first quarter of 2016.

In the final quarter of 2016, only 49% of banner ads served met the IAB and Media Ratings Council’s recommendation that 50% of the ad was in view for at least one second. This compares to 68% in Austria, 58% in Germany and 57% in France.

“Yes, you can argue viewability has stabilised over the last couple of quarters and is marginally up on six months ago but the reality is viewability levels are lower than a year ago and over half of ads served still aren’t viewable.”

“It’s very easy to extract a list of under-performing domains – be it viewability or view time – and exclude or de-list them from any automated buying platform. This means buying from the higher performing domains can be increased. A greater focus on simple steps such as these would see viewability rise significantly in 2017,” added Joshi.