Unilever’s ongoing focus on sustainability is driven by a desire for competitive advantage over rivals – and not just an inclination towards “nice CSR projects”, according to the company’s top marketer Keith Weed. 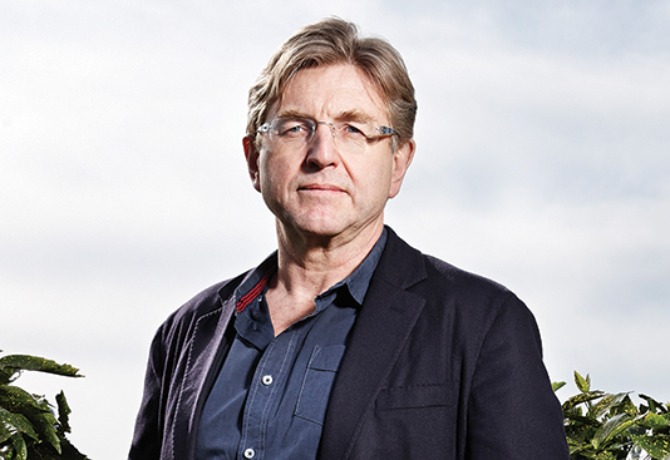 Speaking to M&M Global at the unveiling of a new partnership with UNICEF and Lions Health, Unilever’s chief marketing and communications officer said the business is committed to being “part of the solution” to social and environmental sustainability challenges.

The three organisations have launched the Young Lions Health Award, a competition inviting young marketers under the age of 30 to create a campaign to tackle to address challenges around global child health.

The competition opens for entries on 25 February, with the winners revealed at the Lions Health Award Ceremony on 19 June. The brief, with details of how to enter,can be found here.

At an event also attended by UNICEF director of fundraising and partnerships Gerard Bocquenet and Cannes Lions chief executive Philip Thomas, Weed toldM&M Global he is trying to “innovative a new business model” which has sustainability at its core.

“We’re been around for 100 years, and I would hope the Unilever brand will be around for another 100 years,” he said. “But we have another two or three billion people joining this planet, and we’ll have to produce as much food in the next 40 years as we have in the last 8,000, and that is going to be very challenging unless we think differently.”

As well as being “part of the solution” for altruistic reasons, Weed insists such a stance is “good for the environment and good for the P&L”.

“The payback is very simple – it’s about growth of our brands, it’s about reducing costs, and we look for a sustainable future,” he said.

Citing products such as Lifebuoy, Dove and Domestos, Weed claimed Unilever’s fastest-growing brands are those with social and environmental purpose “at their core”. He said: “There is something about getting purpose really embedded in brands which makes them more interesting.

“With social media brands need to have more dimension. If they are just functional – for example ‘Persil washes whiter’, which it does! – that is not enough. ‘Dirt is good’, and child development, that starts creating a different dimension to the brand.”

He also claims, since launching its Sustainable Living Plan in 2010, the FMCG giant has achieved significant savings across the business, including a €250m reduction in costs thanks to its new eco-efficient factories.

The ultimate ambition, however, is to transform Unilever ‘s brand into a“Good Housekeeping Seal”-style kitemark for environmental and social sustainability, a position which will give it a competitive advantage over its rivals.

“In the years to come, when you or your family are getting more concerned about what is happening in the world, and you pick up two products which are largely the same, I hope you will think, ‘I know those Unilever guys work that little bit harder to source sustainably, to cut out waste.’

“I would love the Unilever ‘U’ to be the trust mark of sustainability. I’ve put the ‘U’ on all our packs, and it is now the most-used logo in the world. What’s in it for us ultimately is people choosing our company and our brand over others,” he added.

Last month, it was revealed that Unilever has kicked of a review of its global media planning and buying arrangements.

The incumbents include Omnicom’s PHD in parts of Asia and Europe, Mindshare in North America, parts of Europe and Africa and Initiative for LatAm, Europe and Russia.